Around 1950, Rabbi Israel Klavan—a rov and an activist who hailed from an important rabbinic family—moved into Monsey.

His father was Rav Yehoshua Klavan of Washington D.C., an old time rov from Russia who had served in numerous shtetlach in the old home.

He was an activist who cared about building Torah and Yiddishkeit. When Rav Ruderman opened Yeshiva Ner Israel, in nearby Baltimore, Rav Yehoshua Klevan was among the staunchest supporters of the Yeshiva. He not only sent a son to learn in the Yeshiva, he even raised funds for the upkeep and growth of the Yeshiva. Furthermore, during the winter months when Rav Ruderman would occasionally suffer from laryngitis, Rav Klavan would come from Washington to deliver the daily shiur.

In the 17 years that he served in this area, he impacted the communities immeasurably. Rav Klevan was niftar in 1953.

In this spirit of rabbonus and askonus, Rabbi Israel Klevan was raised, and he would go on to impact generations in this spirit.

He learned in Yeshiva Rabbeinu Yitzchok Elchonon, where he prepared for the rabbinate, and where we find the following entry into a yearbook of the Yeshiva: “Traditional Judaism in America will surely flourish under the inspiring guidance of the large group of 37’ers (those who graduated in 1937) who were recently ordained at the chag hasemicha.... Of those who are still plugging diligently at the Yoreh Deah awaiting hopefully the day of days are Israel Klavan...”

Following this, he became a rov in Mt. Vernon New York. Simultaneous to this, he was became involved with the Rabbinical Council of America, where he took on a leadership role. When the work took too much of his time, he gave up his pulpit and moved to Monsey so as not to overshadow the new rabbi, devoting himself fully to the organization.

Eventually he moved to Queens near his daughter, where he was niftar in 1980 at the age of 64.

Following his passing the Jewish Telegraphic Agency wrote of his accomplished life:

“[Rabbi Klavan] graduated from Yeshiva College in 1937 and was ordained by the Rabbi Isaac Elchanan Theological Seminary in 1940. In his early rabbinic career Klavan occupied pulpits in Fitchburg, Mass.; Williamsport, Pa.; and Mount Vernon, NY. His effectiveness as a spiritual leader gained him a national reputation. In 1950 he was invited to assume the leading executive position at the Rabbinical Council. Under his guidance and direction the organization grew in members and its activities were expanded to include programs on behalf of Soviet Jewry and Israel. 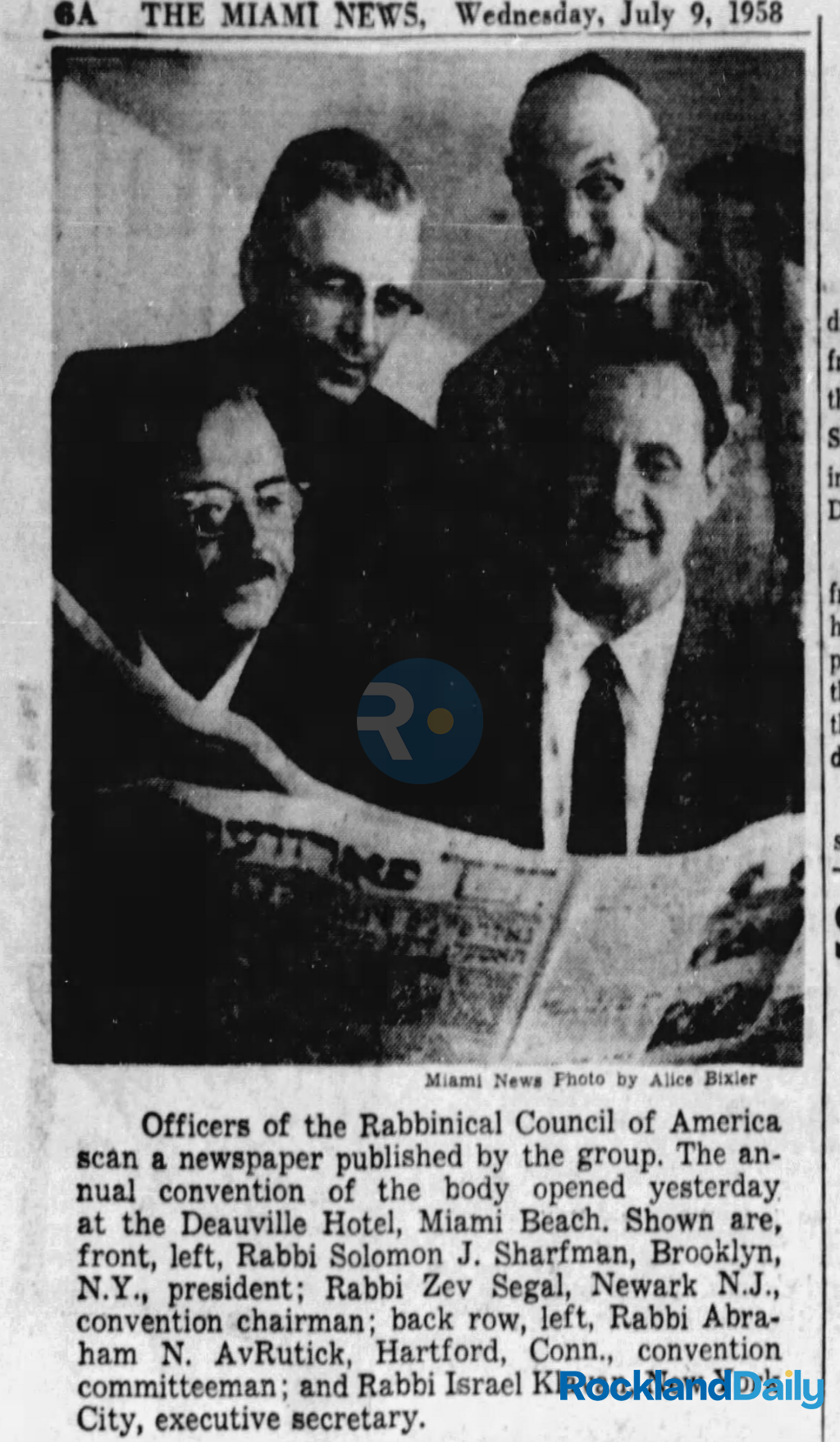 “Klavan’s contributions to Jewish life were acknowledged by Yeshiva University on three separate occasions; in 1963 he received the Bernard Revel Award; in 1970 he was the recipient of an honorary Doctor of Divinity degree; in 1973 he received the coveted Mordechai Ben David Award.

“In 1974, the Commission on Synagogue Relations of the Federation of Jewish Philanthropies honored him with its Tzadaka Award. In the same year he was honored by the Rabbinical Council at a special dinner marking his 25th anniversary with the organization. In 1979 the Union of Orthodox Jewish Congregations of America conferred upon him is a distinguished National Rabbinic Leadership Award.”

Featured here are photos of Rabbi Klavan as well as his father, Rav Yehoshua Klavan of Washington D.C.

Photo Gallery: Celebrating the Chanukas Habayis and Kvias Mezuza at the new MVP facility with the attendance of esteemed Rabonim and Dayanim